AdGuard Home is a network-wide software for blocking ads & tracking. After you set it up, it'll cover ALL your home devices, and you don't need any client-side software for that.

It operates as a DNS server that re-routes tracking domains to a "black hole", thus preventing your devices from connecting to those servers. It's based on software we use for our public AdGuard DNS servers -- both share a lot of common code.

Run the following command in your terminal:

Please read the Getting Started article on our Wiki to learn how to install AdGuard Home manually, and how to configure your devices to use it.

You can use our official Docker image.

If you're running Linux, there's a secure and easy way to install AdGuard Home - you can get it from the Snap Store.

Comparing AdGuard Home to other solutions

How is this different from public AdGuard DNS servers?

Running your own AdGuard Home server allows you to do much more than using a public DNS server. It's a completely different level. See for yourself:

How does AdGuard Home compare to Pi-Hole

At this point, AdGuard Home has a lot in common with Pi-Hole. Both block ads and trackers using "DNS sinkholing" method, and both allow customizing what's blocked.

We're not going to stop here. DNS sinkholing is not a bad starting point, but this is just the beginning.

AdGuard Home provides a lot of features out-of-the-box with no need to install and configure additional software. We want it to be simple to the point when even casual users can set it up with minimal effort.

Disclaimer: some of the listed features can be added to Pi-Hole by installing additional software or by manually using SSH terminal and reconfiguring one of the utilities Pi-Hole consists of. However, in our opinion, this cannot be legitimately counted as a Pi-Hole's feature.

How does AdGuard Home compare to traditional ad blockers

"DNS sinkholing" is capable of blocking a big percentage of ads, but it lacks flexibility and power of traditional ad blockers. You can get a good impression about the difference between these methods by reading this article. It compares AdGuard for Android (a traditional ad blocker) to hosts-level ad blockers (which are almost identical to DNS-based blockers in their capabilities).

However, this level of protection is enough for some users. Additionally, using a DNS-based blocker can help to block ads, tracking and analytics requests on other types of devices, such as SmartTVs, smart speakers or other kinds of IoT devices (on which you can't install traditional ad blockers).

Here are some examples of what cannot be blocked by a DNS-level blocker:

Essentially, any advertising that shares a domain with content cannot be blocked by a DNS-level blocker.

Is there a chance to handle this in the future? DNS will never be enough to do this. Our only option is to use a content blocking proxy like what we do in the standalone AdGuard applications. We're going to bring this feature support to AdGuard Home in the future. Unfortunately, even in this case, there still will be cases when this won't be enough or would require quite complicated configuration.

How to build from source

You will need this to build AdGuard Home:

Open Terminal and execute these commands:

Please note, that the non-standard -j flag is currently not supported, so building with make -j 4 or setting your MAKEFLAGS to include, for example, -j 4 is likely to break the build. If you do have your MAKEFLAGS set to that, and you don't want to change it, you can override it by running make -j 1.

Check the Makefile to learn about other commands.

Building for a different platform. You can build AdGuard for any OS/ARCH just like any other Go project. In order to do this, specify GOOS and GOARCH env variables before running make.

You'll need this to prepare a release build:

You may need to prepare before using these builds:

Resources that we update periodically

You are welcome to fork this repository, make your changes and submit a pull request — https://github.com/AdguardTeam/AdGuardHome/pulls

Please note that we don't expect people to contribute to both UI and golang parts of the program simultaneously. Ideally, the golang part is implemented first, i.e. configuration, API, and the functionality itself. The UI part can be implemented later in a different pull request by a different person.

There are two update channels that you can use:

There are three options how you can install an unstable version:

If you run into any problem or have a suggestion, head to this page and click on the New issue button.

Here is a link to AdGuard Home project: https://crowdin.com/project/adguard-applications/en#/adguard-home

Here's what you can also do to contribute:

Projects that use AdGuard Home

This software wouldn't have been possible without:

You might have seen that CoreDNS was mentioned here before — we've stopped using it in AdGuard Home. While we still use it on our servers for AdGuard DNS service, it seemed like an overkill for Home as it impeded with Home features that we plan to implement.

For a full list of all node.js packages in use, please take a look at client/package.json file.

Our main idea is that you are the one, who should be in control of your data. So it is only natural, that AdGuard Home does not collect any usage statistics, and does not use any web services unless you configure it to do so. Full policy with every bit that could in theory be sent by AdGuard Home is available here.

Hetzner-dns-updater - A simple tool to update a DNS record via Hetzner DNS API. Used for simple HA together with Nomad

google-ads-pb You can use the golang library to interact with the Google Ads API across grpc. This library is not the official Google Ads API library.

Collects and parses ads.txt GoLang program scrapes sites for ads.txt and stores its significant details to PostgreSQL database. Give it a file with CS 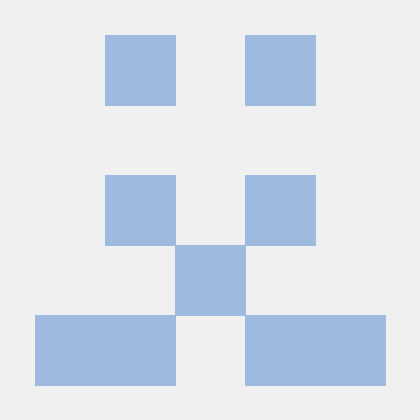 English | ???? 中文 ?? Introduction gnet is an event-driven networking framework that is fast and lightweight. It makes direct epoll and kqueue syscalls

meek is a blocking-resistant pluggable transport for Tor.

meek is a blocking-resistant pluggable transport for Tor. It encodes a data stream as a sequence of HTTPS requests and responses. Requests are reflect

firewall Middleware for Blocking IP ranges by inserting CIDR Blocks and searching IPs through those blocks. Features Easy to use Efficient and Fast Co

DNSping DNS Ping checks packet loss and latency issues with DNS servers Installation If you have golang, easiest install is go get -u fortio.org/dnspi 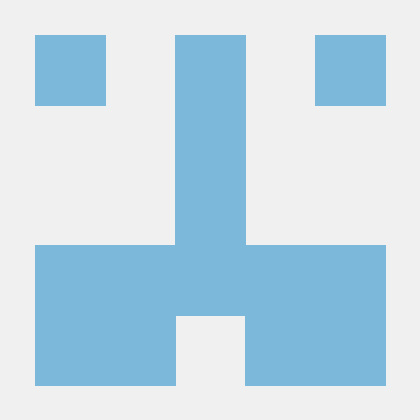 Alternative (more granular) approach to a DNS library Less is more. Complete and usable DNS library. All Resource Records are supported, including the

A simple DNS forwarder that forwards DNS queries to various upstreams. If an upstream returns NXDomain, the next upstream is tried.

Fast Use of DNS Resolvers Designed to support DNS brute-forcing with a minimal number of network connections. Installation go get -v -u github.com/caf

Capdns is a network capture utility designed specifically for DNS traffic. This utility is based on tcpdump.

Capdns is a network capture utility designed specifically for DNS traffic. This utility is based on tcpdump. Some of its features include: Unde