A MongoDB compatible embeddable database and toolkit for Go.

A MongoDB compatible embeddable database and toolkit for Go.

To get started, install the package using the go tool:

This example shows a basic usage of the mongo compatible API.

The document-oriented database MongoDB has become a widely used data store for many applications developed with the Go programming language. Both, the deprecated mgo and the official mongo driver offer a sophisticated interface to connect to a deployment and ingest and extract data using various commands. While this is enough for most projects, there are situations in which one thinks: "It would be cool if I could just do that in memory without asking the server."

Lungo tries to address this need by re-implementing the data handling mechanics in Go to be used on the client-side. This allows developers to pre- or post-process data in the application relieving the server. For example, applications may utilize this functionality to cache documents and query them quickly in memory.

But we do not need to stop there. Many developers coming from the SQL ecosystem enjoy working with SQLite as a simple alternative to bigger SQL databases. It allows running tests without setting up a database or even small production apps that write their data to a single backed-up file.

Lungo wants to offer a similar experience by implementing a full MongoDB compatible embeddable database that persists data in a single file. The project aims to provide drop-in compatibility with the API exported by the official Go driver. This way, applications may use lungo for running their tests or even low-write production deployments without big code changes.

However, one thing this project does not try to do is build another distributed database. MongoDB itself does a pretty good job at that already.

The codebase is divided into the packages bsonkit, mongokit, dbkit and the main lungo package.

On a high level, lungo provides the following features (unchecked features are planned to be implemented):

While the goal is to implement all MongoDB features in a compatible way, the architectural difference has implications on some features. Furthermore, the goal is to build an open and accessible codebase that favors simplicity. Check out the following sections for details on the implementation.

The driver supports all standard CRUD, index management and namespace management methods that are also exposed by the official driver. However, to this date, the driver does not yet support any of the MongoDB commands that can be issued using the Database.RunCommand method. Most unexported commands are related to query planning, replication, sharding, and user and role management features that we do not plan to support. However, we eventually will support some administrative and diagnostics commands e.g. renameCollection and explain.

And the mongokit.Apply function currently supports the following update operators:

Operators in braces are only partially supported, see comments in code.

The more advanced multikey, geospatial, text, and hashed indexes are not yet supported and may be added later, while the deprecated sparse indexes will not. The recently introduced collation feature, as well as wildcard indexes, are also subject to future development.

Indexes are currently only used to ensure uniqueness constraints and do not support filtering and sorting. This will be added in the future together with support for the explain command to debug the generated query plan.

Lungo supports multi-document transactions using a basic copy on write mechanism. Every transaction will make a copy of the catalog and clone namespaces before applying changes. After the new catalog has been written to disk, the transaction is considered successful and the catalog replaced. Read-only transactions are allowed to run in parallel as they only serve as snapshots. But write transactions are run sequentially. We assume write transactions to be fast and therefore try to prevent abortions due to conflicts (pessimistic concurrency control). The chosen approach might be changed in the future.

Similar to MongoDB, every CRUD change is also logged to the local.oplog collection in the same format as consumed by change streams in MongoDB. Based on that, change streams can be used in the same way as with MongoDB replica sets.

The lungo.Store interface enables custom adapters that store the catalog to various mediums. The built-in MemoryStore keeps all data in memory while the FileStore writes all data atomically to a single BSON file. The interface may get more sophisticated in the future to allow more efficient storing methods.

The lungo.Bucket, lungo.UploadStream and lungo.DownloadStream provide a GridFS implementation similar to the one found in the gridfs package of the official Go driver. However, some improvements have been made while re-implementing the package:

The MongoDB driver for Go

The Go driver for MongoDB

Qmgo - The Go driver for MongoDB. It‘s based on official mongo-go-driver but easier to use like Mgo.

Qmgo English | 简体中文 Qmgo is a Go driver for MongoDB . It is based on MongoDB official driver, but easier to use like mgo (such as the chain call). Qmg

Get Program Get a copy of the program: git clone https://github.com/hmdhszd/Go

PostgreSQL driver and toolkit for Go

pgx - PostgreSQL Driver and Toolkit pgx is a pure Go driver and toolkit for PostgreSQL. pgx aims to be low-level, fast, and performant, while also ena 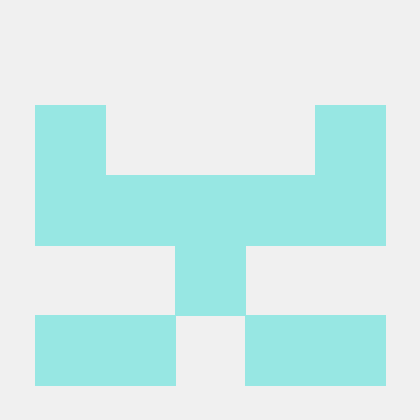 go-adodb Microsoft ADODB driver conforming to the built-in database/sql interface Installation This package can be installed with the go get command:

go-sqlite3 Latest stable version is v1.14 or later not v2. NOTE: The increase to v2 was an accident. There were no major changes or features. Descript